Back in July 2017 we submitted a report to FixYourStreet.ie that the concrete path outside 28 Riverwood Heath (at junction with Riverwood Glebe) had been dug up a poor repair done with tarmac. We included a photo with the report: 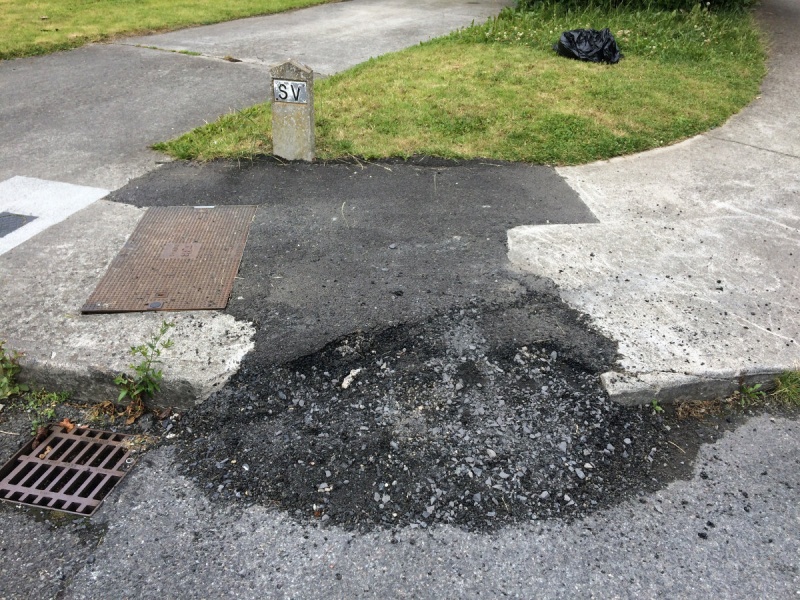 Earlier this year another resident reported the same issue, claiming that the original “repair” was done 15 months prior (implying November 2016!).

We took a photo on Friday 6 June showing the new concrete path. It looks like there is a new metal manhole cover beside the existing one. 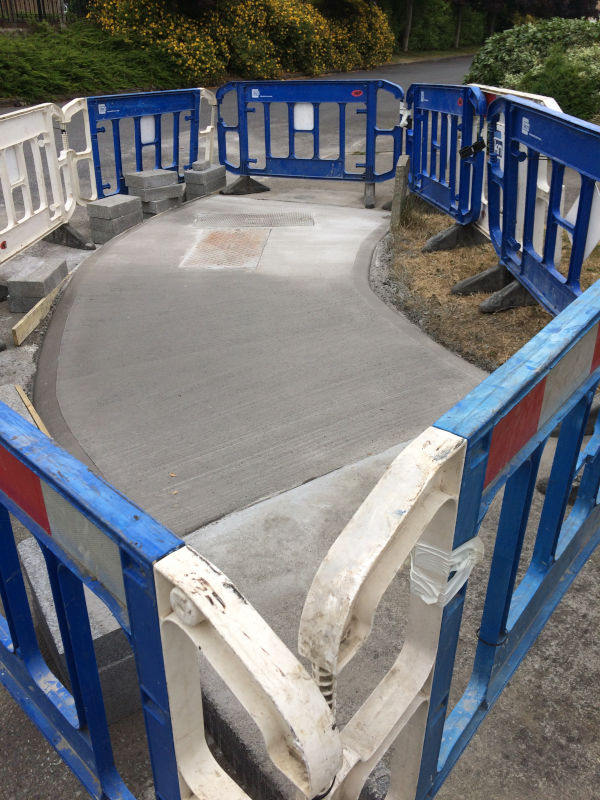