We have tasked Fingal County Council Operations with a number of tasks. They have started to deliver these and plan to complete them within the next two weeks.

A long time ago someone graffitied the back of the basketball backboards. We repeatedly asked FCC Operations to paint over it. They eventually did. 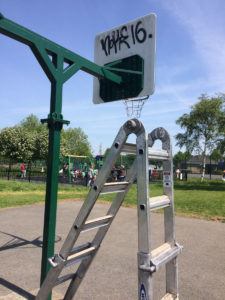 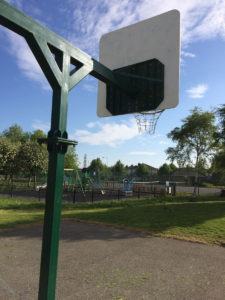 On Thursday 31 May they were planting wild seeds where the bushes were removed.

They will be planting wild flower seeds in the small area between the tennis courts and the railings. 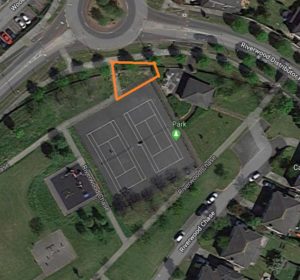 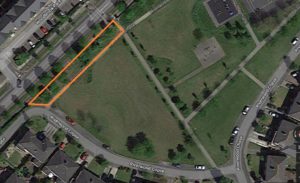 Early in 2013 Fingal installed wooden poles to prevent vehicles driving between Glebe and Chase. They then planted some low herbaceous plants which looked great when it filled out. Unfortunately it was not maintained by Fingal or any residents. There were a few attempts to weed it but it was really too little too late. 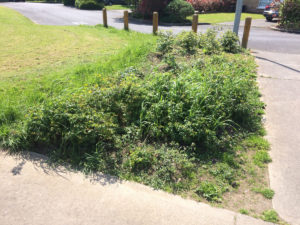 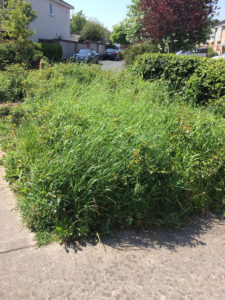 Fingal Operations will remove the rose bushes from the side beside the green and sow grass seed. This will be cut along with the rest of the green. The herbaceous plants on the other side of the footpath will be dug up and wild flower seeds planted. This will not need any maintenance.